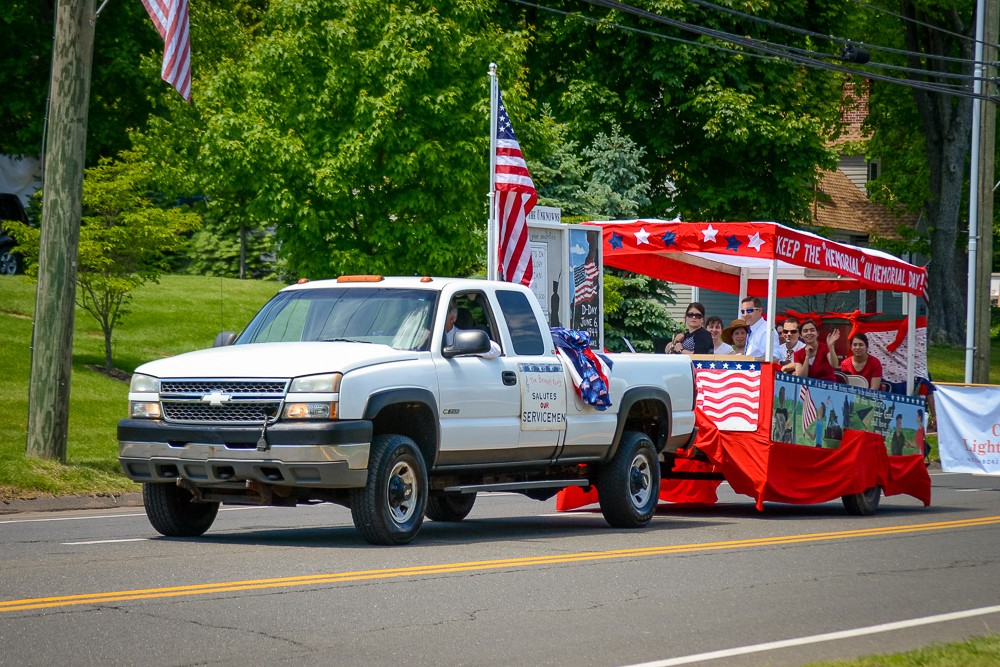 We in the Bennett household are full throttle into patriotic season! We’ve done a few concerts, and are preparing for more to come. But besides music, we’ve done a few other things within the past couple weeks…

Dad was asked to present a two-hour workshop on the Constitution of the United States. He gave an overview of the history of the founding of our nation and God’s guiding hand throughout that process, talked about the myth of “separation of church and state”, and gave a basic overview of the Constitution and its original intent. It was a small crowd, but everyone enjoyed it and learned a lot. We thought Dad did a great job!

Visit Wallbuilders.com for a plethora of resources on the Constitution, other founding documents and the history of the United States.

Back at home, Carolyn and Julianna have been busy planting the garden and potting flowers.

Then on the Sunday before Memorial Day, we participated in our local Memorial Day parade once again.

On Memorial Day (observed), Daniel marched with the Air National Guard in another parade.

Then the following day, some of us went down to Bridgeport for the evening to hear Franklin Graham speak. The weather had predicted rain, but it stayed dry until the event had ended – and then it poured. 🙂

“Blessed is the nation whose God is the LORD; and the people whom he hath chosen for his own inheritance.” (Psalm 33:12)